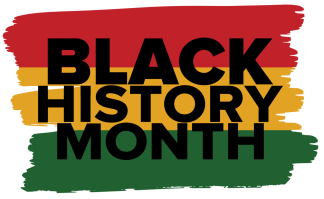 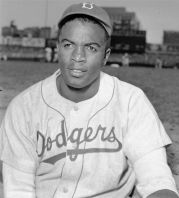 Jackie Robinson broke the MLB color barrier in 1947 as a second baseman for the Brooklyn Dodgers. He was also the first black MVP, winning the award in 1949, and the first African-American Hall of Famer, inducted in 1962. His number is now retired throughout Major League Baseball. 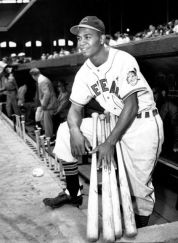 Shortly after Jackie Robinson, Larry Doby was signed by the Cleveland Indians in 1947 as the first black player in the American League. He was a seven-time All-Star. 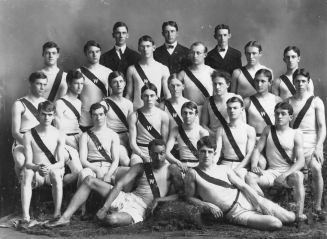 In the 1904 Olympic Games in St. Louis, George Poage became the first black athlete to participate in the Olympics, and the first to medal. He won bronze in the 440 meter hurdles. 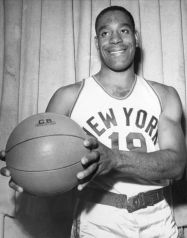 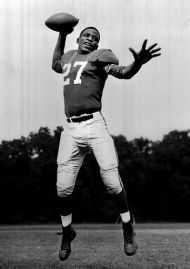 On Oct. 18, 1953, Willie Thrower became the first black quarterback to appear in an NFL game. Bears coach George Halas replaced George Blanda with him midway through a game. Thrower appeared in one more game in his NFL career.